Secretary of the arts 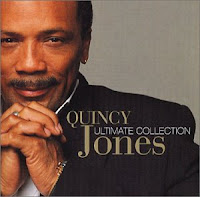 Music producer and songwriter Quincy Jones said in November on the radio program Soundcheck that he'd like to see a Cabinet-level secretary of the arts.

In response, Jaime Austria, who plays bass for the New York City Opera and the American Ballet Theatre Orchestra, created an online petition supporting the idea. So far, it's garnered more than 71,000 signatures. (Thanks to the Los Angeles Times blog Culture Monster for the story.)

I guess they could be folded into a Cabinet-level department but I don't know what would be accomplished by that move. And in the current economic climate, a new department isn't likely to get any additional funding.

I don't know what, if anything, a Department of the Arts would mean for theatre. And honestly, I can't see this being a top priority for President-elect Barack Obama when he takes office next Tuesday.

But a lot of people who left comments on the petition are pretty passionate about it. They make good points about the importance of the arts in our society and in making sure children are exposed to them in school. I certainly agree with those sentiments.

I don't know anything about the politics, but I do know people don't pay enough attention to the arts in school. It definitely is one of the first things to get cut and that's really upsetting.

So true! But I don't know what good a Cabinet-level post would do, since funding decisions are made at the local level.